"It Follows" A Film by David Robert Mitchell 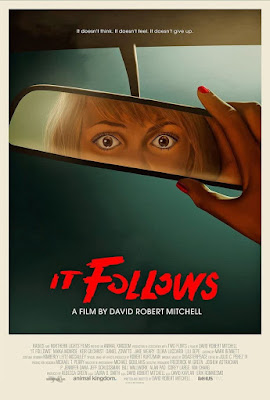 2/11/2021I reviewed writer/director David Robert Mitchell’s 2010 debut film “Myth of the American Sleepover” which was a well crafted and intimate coming of age story set in the midwest. With his follow-up feature “It Follows” Mitchell takes things a giant leap forward to the horrors and anxieties of young adulthood, most notably sexuality.

“It Follows” is a supernatural horror film grounded in real-life issues facing young people.  It takes its love of 80s style horror and gives it a fresh modern twist.  Horror icons like Jason and Michael Myers were unstoppable killing machines no matter how many times they were presumably killed.  If you were a teenager and having sex in the movie you were pretty much signing your death warrant.  The same can be with the concept of “It Follows”.

Like a lot of horror movies, we are given an opening scene with an unknown victim being gruesomely killed.  Then we open again and meet our hero.  This comes in the form of Jay (played by Maika Monroe) she is out on a movie date with a guy who seems a little paranoid that he is being followed.  After the movie, the action moves into the backseat of his car where they are having sex.  Afterward, he goes outside and gets something out of the truck, and comes back with a rag soaked in Chloroform.  With Jay unconscious, she is brought to an abandoned building and tied to a chair.  Terrified and confused, Jay listens to this guy tell her about this supernatural death cure that is spread through sex.  This creeping dread will always follow you.  This malevolent force can take the form of anybody with only the afflicted person able to see them.  It can change bodies at will and is always slowly and quietly following you.  If it catches up to you it will kill you, like we saw in the opening scene.  There is a metaphorical message implanted in this film about the pain, fear, and anxieties of the victims of sexual violence and the physical and psychological trauma it causes. 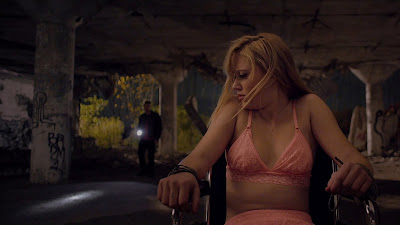 Although in denial Jay has to accept the fact that she must pass on this curse or die.  When she starts to see strange and ominous people beginning following her she gets prepared to fight.  With help from her friend, they finally track down the guy who gave it to her.  They go to this beach house and after some terrifying encounters battling the curse, Jay lands in the hospital and unable to run.  She agrees to have sex with this guy who is willing to take on the curse, however, this makes Jay’s long time friend/crush Paul jealous.  This other dude doesn’t last too long and is killed therefore the curse reverts back to Jay.  After their final elaborate plan to kill off the thing fails, Paul is back to offer his services to have sex with Jay and take on the curse.  The ending is ambiguous and left for interpretation.

While the critical response to this film was huge I tend to believe that it is just a little overblown. Don’t get me wrong it's a good film but “Best of the Decade” I wouldn’t go that far.  The time period in which this takes place is a bit odd and indeterminate.  Horror movies, more now than ever, are either set in the 80s or are trying to find a creative way to explain away modern technology.  This film does try to subvert and transcend your average horror film and in doing so has joined a going a growing list of films defined as Art House horror.  The Blu-ray disc can be bought quite cheaply and also contains a commentary track by film critic Scott Weinberg.