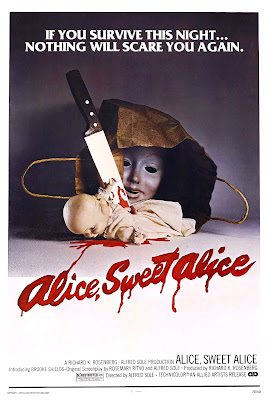 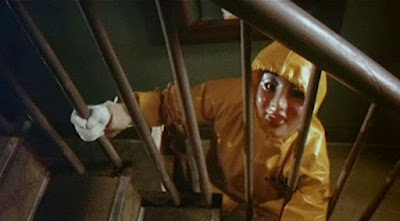 If Your Looking For a Good Fix "Go Ask Alice" 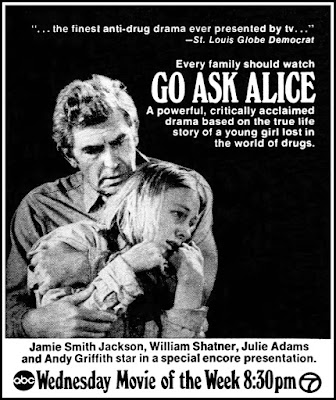 This short little made for TV movie aired in 1973 and was based on the controversial book of the same name by an anonymous author, found out to be Ruth Roman.  It's about a 14-year-old suburban girls descent into drugs and addiction.  Very much a shocking cautionary tale for young people when drug culture was at an all-time high (pun intended).  The film, directed by John Korty, was nominated for two Emmy Awards but didn’t win.  Now, this film while campy and cheesy still delivers a strong message for those who are open to listening.

Jamie Smith-Jackson plays Alice as your typical middle-class suburban teenager navigating the horrors of puberty.  She keeps a diary and narrates a series of voice-overs throughout the film.  Like a lot of teenage girls, she worries about her weight, making friends, and what to wear.  She makes friends Beth and they get along perfectly throughout the school year together until summer vacation comes along and Beth is off to camp.  Once again Alice is left bored and lonely.  She becomes friends with a girl at a clothing store and this begins Alice’s journey down the rabbit hole.  The film's title “Go Ask Alice” is taken from the Jefferson Airplane song “White Rabbit”.

Alice is invited to a party and unknown to her drinks a soda laced with LSD.  She has her first trip and becomes friends with an older guy named Richie.  Alice spends the summer with her new druggie friends getting high, stealing pills and cash.  When fall comes around and its time to go back to school she is a different person and good ‘ole Beth is no longer in the picture.  Alice starts dealing pills even too little kids at the middle school.   It is only a matter of time before her parents find out, her dad is played by William Shatner.  Instead of going to rehab, she splits town with one of her girlfriends.  They take all of Richie’s money and hit the road with no plan or destination in mind.  Alice’s journey is sad and depressing, she sells her body for drugs, sleeps on park benches, and is constantly strung out and just out of it.  She is a prisoner to her addiction with seemingly no way out.  Drugs are way bad.  After hitting rock bottom and looking for a way out  Alice meets a priest, played by Andy Griffith, who takes her in.  She calls her parents and returns home. 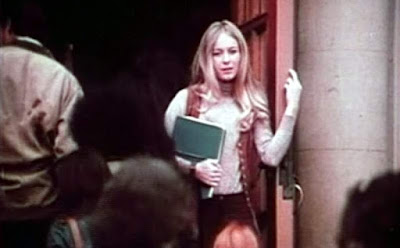 Alice is now clean but the stigma of being an addict haunts her.  Back at school she now has a bad reputation and is mocked and teased by the other kids.  Her former druggie friends are pressuring her not to narc on them.  The pressures to stay clean are immense and she has some slips up.  She ends up in the hospital after overdosing during a babysitting gig, the baby was not hurt as she locked herself in a closet.  She goes to a group therapy session but she doesn’t think it will help her.  She finds a new boyfriend in Joel, who is her dad’s teaching assistant and everything looks to be back to normal.  She says goodbye to her diary, her steady companion for these crazy years.  The film ends with her going into school, but with a shocking and ominous epilogue.   We are told that Alice died of an overdose one year later and was only 1 of 5000 deaths that year.  It's obvious that drugs are not just a problem of the 1970s but of the human condition as a whole.   The whole “War on Drugs” efforts of the 80s and 90s were a joke and didn’t change a thing. Criminalizing addiction is not the answer but what is?  While there are now better efforts to treat addiction this is not something that will ever just go away.  We can just take it one day at a time.