"The Babadook" is Psychological Horror at its Best 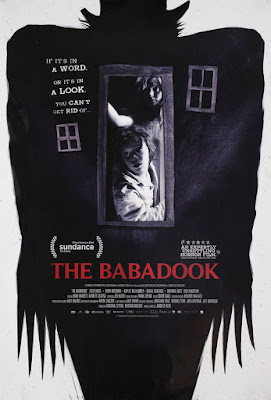 “The Babadook” is Australian writer/director Jennifer Kent’s debut film and was also one of the most critically acclaimed horror films of 2014.  Winning numerous awards from festivals and critics around the world for its actors and filmmakers.  So what is all the fuss about this little movie?  Let’s take a look.

The film centers itself on the relationship between a mother and son six years after the tragic death of her husband.  Essie Davis plays Amelia in a groundbreaking performance that gives new meaning to stressed-out single mothers.  When she was pregnant and about to give birth her husband was driving her to the hospital when they were involved in a deadly car accident.  Since then her son Samuel’s birthday always reminds her of the death of her beloved husband.  Samuel, played by Noah Wiseman, is quite the handful to put it lightly.  He is a 6-year-old terror to everyone he comes in contact with and this weighs heavily on Amelia’s fragile psyche.

The filmmakers do an amazing job creating this world that Amelia inhabits.  She never has a moment to rest, always being pulled in one direction or another.  Despite all this she soldiers on trying to be the best mother she can.  One night while putting Samuel to bed he chooses a new bedtime story from the bookshelf.  It's an unfamiliar red hardcover pop-up book entitled “Mister Babadook”.  As Amelia starts to read this ominous and chilling book things get a little too scary and Samuel freaks out.  She stops reading and really begins to wonder where the book came from.  Things then start to quickly derail for the two of them.  Amelia has an outburst at work and Samuel starts to blame the Babadook for his unruly behavior.  After Samuel pushes his cousin out of a treehouse at her birthday party he is taken to a psychologist.  Amelia then starts to lose her sense of reality when at night she sees the Babadook creeping into her bedroom.  This is only the beginning of her deep descent into a dark pit of despair.  Her visions and paranoia become more and more intense.  Samuel is no longer safe around her and must fight her off.  He knows his mother is still in their somewhere and will stop at nothing to get her back.  The basement plays a big symbolic roll in the film.  It is where all of her husband's belonging reside and where the pain and fear are at its greatest.  In order to tame the Babadook, she is forced to confront the deep pain and sorrow she has been hiding from all these years. 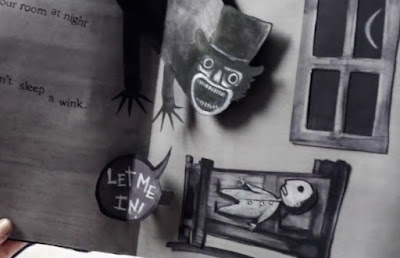 “The Babadook” is a psychological horror film to its core.  Amelia’s deep descent into madness is due to the fact that she wasn’t able to properly grieve for the sudden death of her husband and then being thrown into the job of being a full-time mother to baby Samuel.  The guilt, blame, and regret has been building for the past six years just waiting to be released.  Deep down she wants to blame Samuel for the death of her husband and for this can’t properly love him like a mother should.  All of this festering pain and anger has created the Babadook and while you can never kill it, you can learn to live and deal with it in a more healthy way.  Amelia finds her way through this darkness and is able to finally be the mother she knows she always could be.