"The Quiet" Looks to Make Some Noise 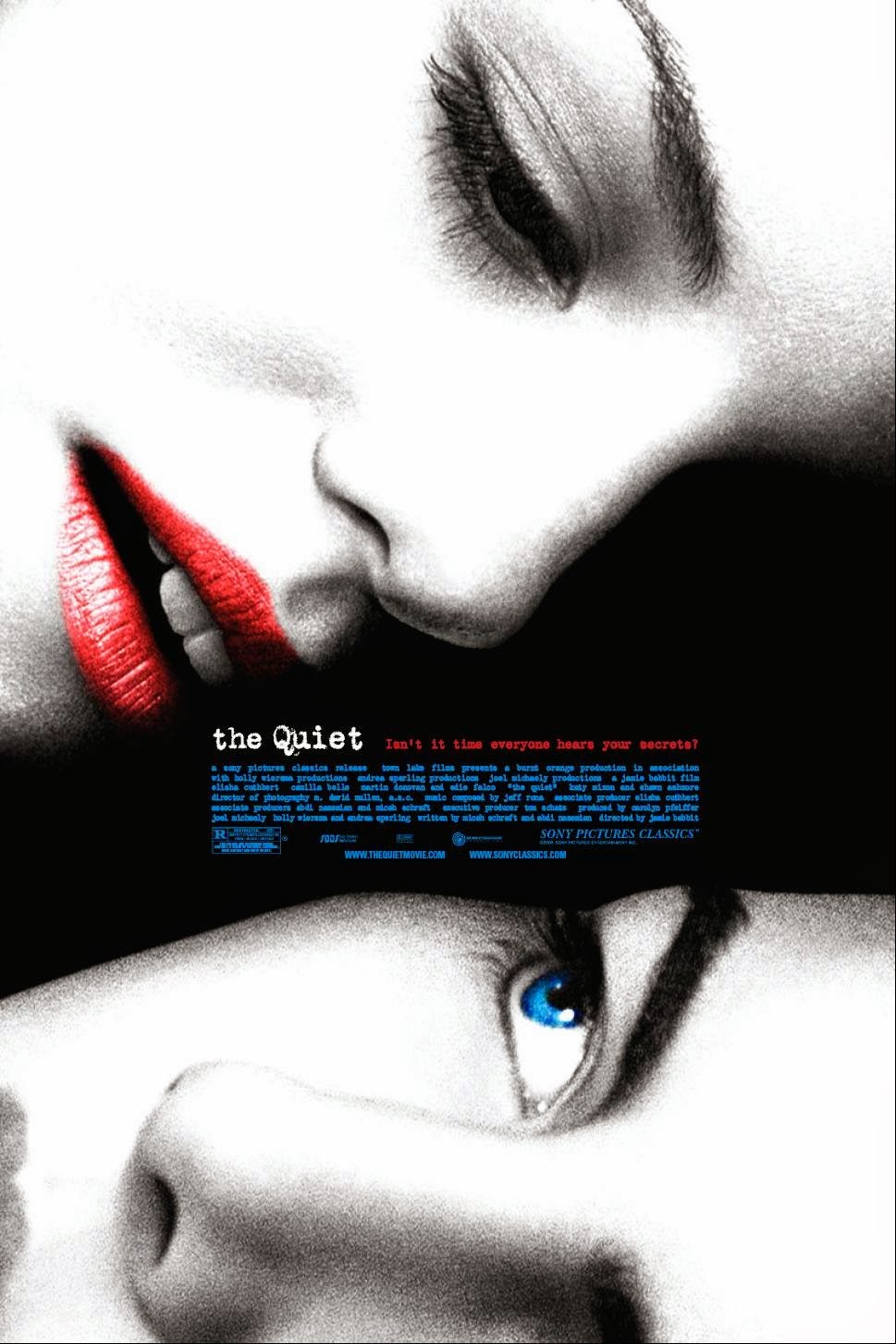 "The Quiet" is a pulpy noir-ish drama that goes into some queasy taboo shattering places all while seeming like an surreal game.  Jamie Babbit directs this story of a deaf mute girl named Dot (played by Camilla Belle) who is forced to live with her God parents after the tragic death of her father.

Dot joins the Deer family with Paul, Olivia, and their teen daughter Nina.  A small family with big secrets.  Paul (Martin Donavan) is a successful architect, while Olivia (Edie Falco) is a interior decorator.  Nina, played by Elisha Cuthbert, is your typical over privileged teenager, who manipulates her parent to get what ever she wants.  Dot is quite the opposite, she is every bit the tom boy.  She is an outcast at high school not only because she can't hear and doesn't talk, but because she doesn't give in to all of the phony high school culture bullshit.  She is just herself, but far from perfect.  Nina and her best friend Michelle are both cheerleaders and "cool" kids, but like all of the character in the movie are putting up a front to hide a painful truth. 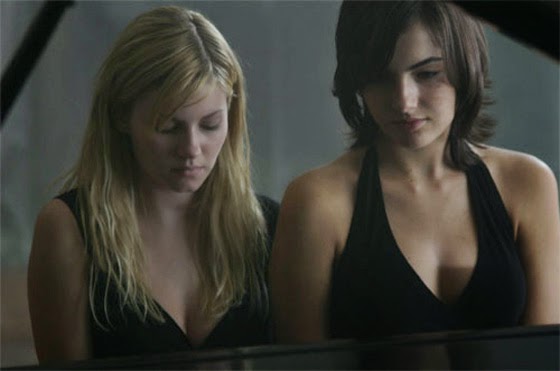 Dot awakes one night and wanders down to Nina's room but Paul is in there with her and he's not helping her with her homework if you catch my drift.  Dot runs back to her room and back to bed, wondering what to do with this new information.  Olivia is in denial about a lot of things in her life and medicates with sleeping pills and pain killers.   She tries to be a wife and mother, but is just not there.  On another night Paul comes into Dot's room while she is sleeping and confesses to her that he is a sick man in need of help. A number of times people confess their deep dark secrets to Dot knowing that she can't hear, or can she?  Dot plays the piano and while thinking she's alone curses when one the strings break.  Nina sees this and now can manipulate her just like she does her father.  Dot can also see how Nina is suffering in her situation but that would mean giving up her secret and she is not ready for that yet.  Her deaf mute charade is her way of grieving the loss of her own father who she was very close with.  She blames herself for his accidental death and also see this as a sort of punishment.


In the cafeteria, knowing Dot can hear, Nina lays out a plan to get rid of her dear ole dad once and for all.  Nina's cry for help doesn't land on deaf ears, so to speak.  Things don't go as planned so Nina goes to Plan B.  This doesn't last very long and sends Paul into a rage. Dot comes to the rescue while Olivia stands motionless as usual, but this event breaks the nasty cycle and finally allows her to take some sort of twisted responsibility. "Lies keep us safe from the truth" but in time will turn you into a shell filled with nothing but denial and self hatred.  "The Quiet" is a lot deeper than what appears on the surface all while being entertaining and somewhat dangerous.