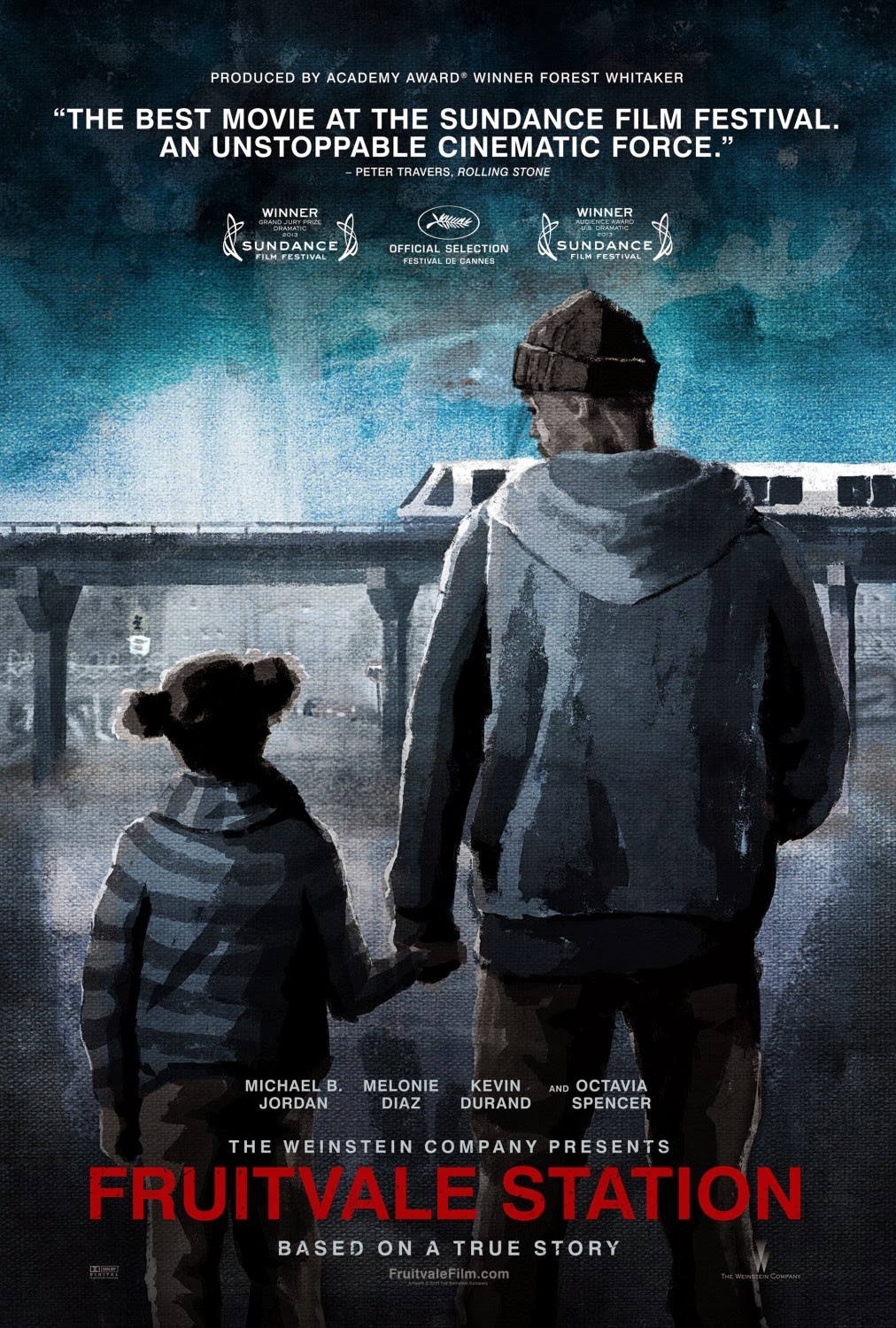 "Fruitvale Station" is a ripped from the headlines true story of Oscar Grant whose murder at the hands of a Bay Area Transit security guard set off riots and cries of racism.  Oscar and a group of friends were returning home from celebrating the arrival of 2009 when a fight broke out on a subway car.  The group was singled out by the all-white security guards as the instigators.  Things quickly escalated to the point that one of the guards ends up shooting Oscar in the back, while another guard had him pinned down on the pavement.

The film opens with one of the many cell phone videos taken of the incident and the stunned silence after a gun goes off.  We are then taken back to look at the life of Oscar Grant and how senseless and unnecessary his "accidental" killing was.  The security guard who pulled the trigger though he had grabbed his taser instead and ended up serving less than a year in prison.

Michael B. Jordan has gotten rave reviews for his portrayal of Oscar, a twenty-two-year-old man getting his life back together after serving time for dealing drugs.  He has a young daughter with his current girlfriend Sophina and family is everything to him.  His mother Wanda is played by Octavia Spencer the Academy Award-winning actress from "The Help".  Not only is it New Year's Eve but also her birthday and everybody shows up at her place to celebrate.  Oscar is a complex and conflicted character who deep down wants to be a strong responsible young man, but too often takes the wrong paths to get try and get there.  He loses his job at the grocery store for always being late, then contemplates going back to dealing, but thinks better of it.  As he struggles to come up with a plan for his future, he can only deal with the present.  Sophina still believes in him even though he has cheated on her in the past.  The most important thing in both of their lives in their daughter Tatiana.  Who at the end of the movies asks when here Daddy is coming home?

First-time director Ryan Coogler brings to the screen an authentic and heartbreaking story of the life of a young black man being taken down by a society that only sees him as a stereotype and not a human being.  "Fruitvale" is nominated for best first feature at this year's Independent Spirit Awards and has won or been nominated for several other awards.  It's currently available on multiple formats and is a must see!