"Turn Me On Dammit!" is Worth Getting Exited About 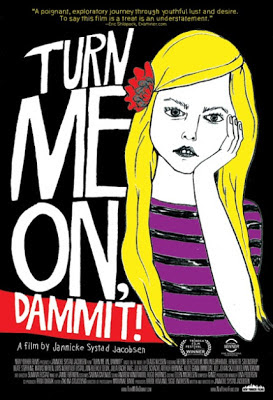 When it comes to teen sex comedies it is usually from a guy or group of guys perspective.  Very rarely do you get a story that deals with the female side?  American films have trouble talking about female sexuality, especially in teenagers.  Our repressed society likes to keep things hidden from the so-called impressionable people that it is affecting because it is just so uncomfortable.  Really?  The Norwegian film "Turn Me On Dammit!" is brilliant in its frankness and honesty without being exploitive or gratuitous.  This film is comprised of non-professional actor and touches on themes and issues that are very universal when it comes to teenage life.

is a 15-year-old girl, who lives with her mother in a very small Norwegian town called Skoddeheimen.  Like many small towns all over the world, it is incredibly boring and she can't wait to leave and start a real life.  It is so boring in fact that her mother works at a local turnip processing factory.  She is friends with Sara, a dark-haired anti-establishment type girl who dreams of moving to and abolishing capital punishment.  Sara's sister Ingrid has an addiction to lip gloss and doesn't really care for since they like the same guy.  The guy in question is Artur and he is the most popular kid in school. 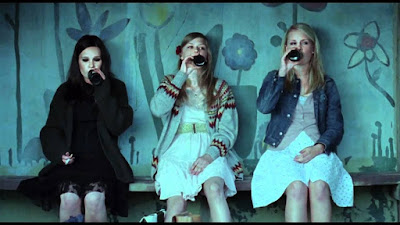 We venture into 's mind and see her fantasies played out on screen, but then are jolted back to reality.  During a party at the community center, everything changes when Alma and Artur are alone outside and he pokes her with his ding dong.  goes back inside and blabs to her friends about what happens and they think she is making it up, then Artur denies the whole thing.  This makes a perv and an outcast at school.  It doesn't take long for the news to get around town and to her mother.  's mother also confronts her with a huge phone bill that has calling phone sex lines.  The scene that opens the movie involves one of these calls and is very reminiscent of the opening of "American Pie" except from a female angle.  is dealing with issues common to all teenagers no matter where you live.  So she runs off to and meets up with Sara's older sister and her friends where she is able to take everything into perspective and realizes that this will all pass and the day will come when she will become her own woman.  Filmmaker Jannike Systad Jacobson, in her debut film, brings a real heartfelt honest to the story and its characters.