Get Educated with "Student Services" 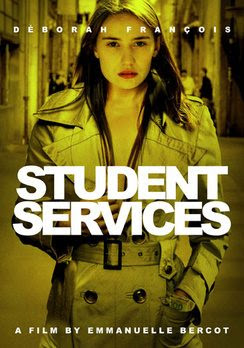 
"Student Service" or "Mes Cheres Etudes" is the 2010 film that sheds light on a modern epidemic afflicting thousands and thousands of French college students. Skyrocketing costs of higher education and living expenses have forced many bright young students into selling their bodies to make ends meet. This is the true story of one such girl who wrote a book under the name Laura D.

Directed by Emmanuelle Bercot and starring the mesmerizing and talented Deborah Francois who plays the girl named Laura. Even while living with a roommate/boyfriend and working as a telemarketer Laura is unable to maintain the very basic needs of life. She starts to peruse a French version of Craig's List and finds quite a few guys looking to pay for "companionship". The first guy she meets is Joe an older man who pays her 100 Euros an hour. Laura is obviously shy and nervous and can't believe she has fallen to this level. These scenes are not made out to be sexy as we take Laura's point of view and are as nervous and insecure as she is. Joe seems to be your average guy, but you know he is just as disgusting and revolting as you think he is. 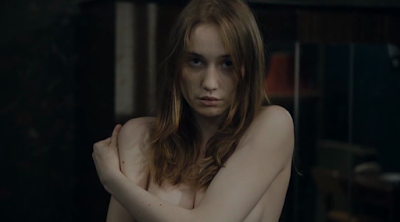 She starts to build up a sort of client base of photographers, fetishists, and perverts while the psychological strain starts to take its toll. She leaves her boyfriend and quickly finds a replacement in Benjamin, who is not one of her clients. Laura is betrayed by Joe who goes too far at one of their hotel encounters. While Benjamin is aware of what Laura does it's only a matter of time before the jealousy becomes too great. It becomes a sort of bizarre love triangle between the three. Joe's continues to offer her more money for more dangerous work and after another brutal betrayal, Laura hits bottom. The ending seems to be a little tacked on because it happens so fast. She moves to Paris and finds this great job as a waitress and has an almost instant loving family of co-workers. She passes all of her exams at school and starts to live her life like nothing happened. A swift happy ending but is it really?

The filmmakers make the sex scenes as unsexy and unsettling as possible, not using any music and drenching it in nervous energy. Deborah Francois really inhabits Laura and holds nothing back as a girl willing to do anything to get what she wants. She also co-starred in the Cannes Film Festival Palm d'Or winning film "L'Enfant (The Child)" in 2005. "Student Services" is available to watch on Netflix watch instantly.  The trailer below is really cheesy and does a great disservice to the actual movie.