"The Uninvited" A Tale of Two Sisters Starring Emily Browning 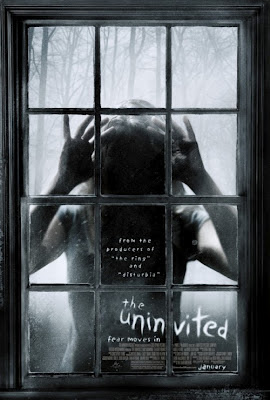 "The Uninvited" is a remake of the 2003 Korean film "A Tale of Two Sisters" directed by Jee-woon Kim. Asian horror remakes are tough and usually come off as dull, boring and misinterpreted. This movie is also rated PG-13 which is a death sentence for any horror film. You usually end up getting a watered down, cliché ridden, bore fest. Although once in a great while a movie like "The Uninvited" comes along to challenge the theory.

Starring Emily Browning and Arielle Kebble as sisters Anna and Alex. We learn that their sick mother died in a boathouse explosion and Anna tried to kill herself landing her in the nut house for 8 months. She is released and comes home to find that her dad has fallen in love with his wife's nurse Rachel (played by Elizabeth Banks). She reunites with Alex and they talk about what's been happening since she's been gone. Anna becomes haunted by the people and events of her past. The sisters begin to suspect the worst in Rachel as she seems to have a dark hidden past. Their dad, played by the always reliable David Strathairn, is an accomplished author who is releasing his latest novel. When Anna's friend Matt is found dead, they suspect Rachel killed him because he saw what happen the night their mother died. Anna tries to tell their dad about Rachel, but he brushes her off and even threatens to call her psychiatrist and have her readmitted. 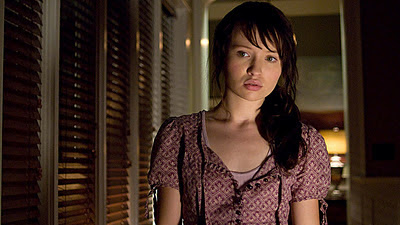 The film is told from Anna's point of view and we see all of her delusions and fears up close. She is small and physically strong but also mentally fragile and paranoid. Emily Browning perfectly captures Anna's psyche and becomes this girl fighting back the darkness and trying to recapture her life. Fearing Rachel has now targeted the sisters for her next victims they go on the offensive to and try to expose her for what she is.

"The Uninvited" has one of those mega twist endings, that when you rewatch the movie you realize how manipulated you were, but it is definitely a fun ride. You can see the original Korean version through Netflix Watch Instantly but will have to get the DVD if you want to see the remake. Watch this movie as part of a double feature with "The Orphan".