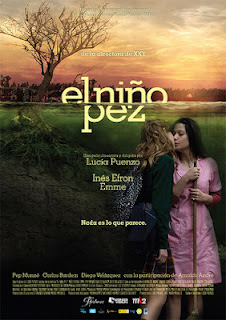 “The Fish Child” or “El Nino Pez” is Argentinean director Lucia Puenzo follow up to the critical hit “XXY”. Puenzo once again casts Ines Efron to star in this story of a family in the rich upper-class suburbs of Buenos Aries.

“The Fish Child” is more ambitious and sprawling in its storytelling which also contributes too many of its faults. While “XXY” was a small character drama focused on the struggle of one person's search for identity “The Fish Child” reaches for a broader almost soap opera like style. The story is told in a fractured non-linear style making the first viewing somewhat of a challenge.

It is a modern day love story between two young women Lala (Efron), the daughter of a judge and, Ailin the family maid. They plan to run away together to Paraguay and live in a house on the shores of Lake Ypoa. The problem is they have no money. Lala’s father is about to retire and write a scathing memoir about the rampant corruption within the police force. But before he can do any of this he is murdered but by who? Lala and Ailin have their motives as do others. 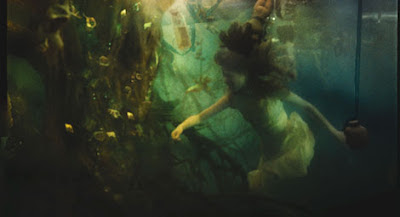 The story is told from Lala’s point of view and mainly focuses on Ailin. She is accused and arrested for the murder and send to prison. The story flashes back and forth in time to give us a background on the characters, but when it comes to the third act the plot is just too bloated and overstuffed. We find out a bit more about Ailin’s past and an anticlimactic resolution to who killed Lala’s father. Needless to say, they escape to Paraguay and live happily ever after or something like that. Obviously, not the greatest movie but the acting of the two girls is pretty decent and will appeal to those who scour the foreign films section looking for something different.