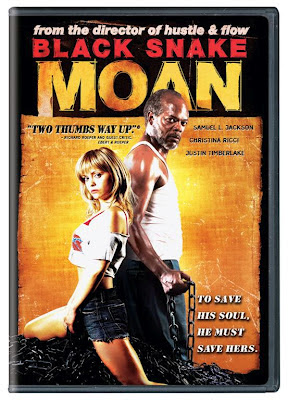 On the heels of his critically acclaimed film “Hustle and Flow," writer/director Craig Brewer released “Black Snake Moan” in 2006 to more praise. Although not as popular as “Hustle” this movie was overlooked by many and was in and out of theatres way to fast.

Set in the Deep South, which is a character in itself, this is a story of redemption. Starring Samuel L. Jackson, who seems to be in about ten movies a year, hits a good note here. He plays Lazarus an old blues musician who finds himself at a sort of crossroads in his life. His wife has left him and another woman is about to come into his live and really test his faith. This woman is Rae, played by Christina Ricci. She is your average town skank, with heavy issues or her own. Her boy friend Ronnie is played by Justin Timberlake, who in all of his movie roles so far has shown to be a damn good actor. Ronnie has signed up for the Army, but suffers from debilitating anxiety attacks. When he leaves for boot camp, Rae is left alone and vulnerable. 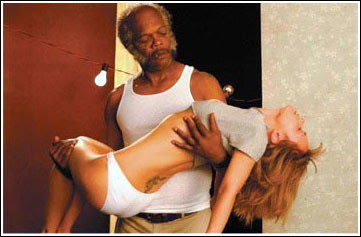 After a wild outdoor party, Ronnie’s brother tries to get with Rae and is turned down. This does not sit well as he explodes into a violent rage and beats Rae half to death. She is dumped and left for dead on the side of the road. The next morning Lazarus finds her and takes her in. Rae is the white she devil that tempts Laz at every opportunity. His only concern is making her well and ridding her soul of this “wickedness”. To protect themselves from each other (and themselves) he chains Rae to the radiator. He helps Rae deal with her abusive past, while she helps him rediscover his purpose in life. The sweaty southern atmosphere and the superb acting by Sam Jackson really make this movie work. Although the story is a little unreal the movie just works and I applaud the filmmakers for making such a movie!

A Movie with "TEETH" A Must See! 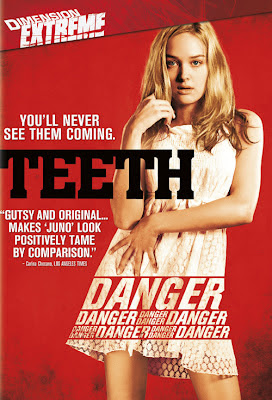 “Teeth” is a funny and not so subtle message to the male gender around the world. It is based on the age-old cautionary tale of Vagina Dentata. The story about an innocent young girl with a vicious set of chompers between her legs. It is a story that has been told for centuries by many cultures not only warning young people of the dangers of sex but also to discourage rape and promiscuity.

Mitchell Lichtenstein is the writer/director with the cohunes to bring this story to the screen in a funny, cringe-inducing way. Dawn O’Keefe is played perfectly by Jess Weixler, a girl who has had to deal with this abnormality all her life. This type of story, like the movie “Ginger Snaps” (which I reviewed earlier), is also a clear comment on female puberty and their burgeoning sexuality.

Dawn is an outspoken advocate for abstinence and gives lectures to young school kids to wait until marriage. When she starts seeing a guy from school they try to take it slow, but since he is a guy he pushes her beyond her boundaries. When things start to get too serious her body reacts and he loses an important part of his anatomy. Although the premise is a little ridiculous, it is still quite an entertaining experience. 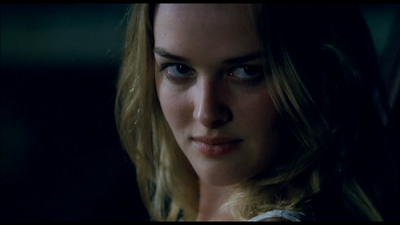 As she starts to learn more about her body, she begins to take back some control over her life. Her first visit to the gynecologist is an absolute laugh riot. Dawn always seems to be surrounded by the creepiest guys who want only one thing. Come on were not all like that! Ryan finally enters the picture to redeem the male gender and tame her teeth. Is he up to the task or will he just be another loser? This is a great date movie for open-minded couples. Check it out!

Jack Ketchum's "The Girl Next Door" 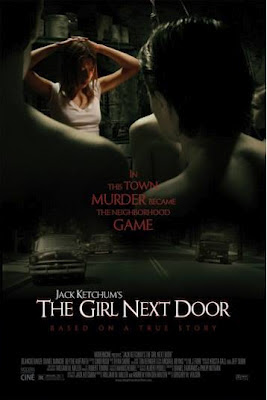 This movie is based on the book of the same name by Jack Ketchum; which is also based on a true story. Not to be confused with the teen sex comedy of the same name from 2004. This film was made a few years later and although it does have teens and sex, the storylines are worlds apart.

This is the true story of two sisters who were orphaned back in the late 1950s when their parents were killed in a car accident. Meg is the older sister at about 15 and her sister Susan is about 10 or 11. Susan is also a recovering polio survivor and has to wear leg braces. These girls are taken in (or pushed upon) by Aunt Ruth a popular neighborhood spinster. All of the neighborhood boys hang out at Ruth’s, they range in age from about 8-15, she gives then beer lets them smoke and so much worse.

The story is told through flashback by David, the one boy who sought to save the girls from the evils that happen in the basement of Ruth’s house. David and Meg meet on a few occasions and strike up a nice friendship, but when Meg tells him that she and her sister are not being fed, this is just the tip of the iceberg. Ruth is brutally strict to the girls and purposely humiliates Meg in front of the boys. Things rapidly escalate, when Meg goes to the police about the abuse. Meg is then tied up in the basement and stripped naked with everybody present. Ruth rants to the boys her slanted views of young women but tells them not to touch her. This doesn’t last long.

This movie works on so many levels; it’s a brutal psychological horror film, an intense character study, and a coming of age story. Ruth is obviously severely disturbed but doesn’t know it. David feels powerless to stop Ruth and the other boys. Susan is abused, but not beaten; she is also forced to watch as her sister is tortured by the boys. This movie goes to the darkest places you can imagine. Some scenes are just as brutal to the audience as they are to Meg. David plans an escape attempt for the sisters but that too is snuffed out by Ruth. Can this story have a “happy” ending? Doubt it. It is an intensely heart-wrenching film that will stay with you for days. Like most movies that claim to be “true stories”, parts were probably embellished and made more dramatic but the core story is still disturbing beyond belief.

Zack Snyder's "Dawn of the Dead" Remake, Better than Original? 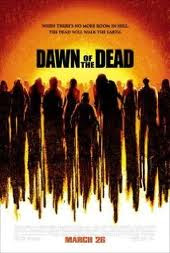 Zack Snyder’s 2004 remake of the classic George A. Romero zombie movie “Dawn of the Dead” was a milestone in many ways. It helped launch Snyder’s career and has since directed “300” and “Watchmen”. “Dawn” is a spectacular remake, some say better than the original. It introduced us to the fast, sprinting zombies. It did however also help set in motion the trend of remaking every old horror they could dig up no matter how bad it is.

“Dawn” follows in the original's footsteps, but it also blazes its own trails too. When the zombie apocalypse is upon us, a group of survivors led by a nurse (Sarah Polley) and a cop (Ving Rhames) they find solace in The Crossroads Mall. This was a big statement in the original film, about the countries growing consumerism. Barricaded in the mall and surrounded by hordes of the undead, they must figure out a way to survive and come to terms with the fact that everybody they know and love is gone. 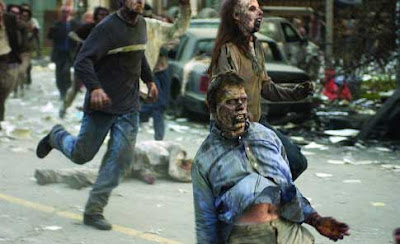 “When there is no more room left in hell, the dead will walk the earth” This is a great line spoken by a preacher, just before the station goes off the air. As with most survival horror films, this group of diverse people must learn to work together if they want to survive. The acting and character development is quite good for a horror movie. You know these people and want them to survive. As I mentioned earlier, the classic images of slow moving zombies have been given a serious makeover. These flesh-eating freaks are like Olympic sprinters, making them a frightening real threat. The makeup effects and CG and very well done for the most part, and the gore makes it well worth the price of the unrated DVD. This movie is literally unstoppable as it continues in snippets right through the end credits.


Zack Snyder’s vision and filmmaking sense is just what this generation needs. With “300” being another monumental hit, he seems to have a bright, limitless career. Please, please don’t be another M. Night Shyamalan.