Lukas Moodysson's "Lilja 4-Ever" is a Heartbreaker 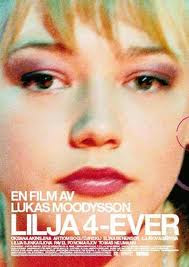 Swedish director Lukas Moodysson’s “Lilja 4 Ever” is a bleak, heartbreakingly honest story about the lives of young people in the former Soviet Union. His debut film “Show me Love” was reviewed earlier on this blog. In his writing and directing he has shown a great ability to bring out honest emotions and humanity to his characters.

Lilja is a 16-year-old girl who lives with her mother in a cold concrete housing complex in Estonia. She starts out as a beautiful, morally strong girl who just happens to be in a terrible situation. Through an agency, her mother has found a Russian man who lives in America to marry her. Lilja is thrilled and thinks she is going too, but hold on she is to be sent for later. After her mother’s departure, Lilja is moved into an even smaller, even dirtier complex by her cold and angry Aunt. Lilja’s only friend at school betrays her and is left completely alone. She meets Volodya, a 12-year-old boy living in the same complex who complains that his father is “crazy”. After being kicked out Lilja allows him to stay in her apartment as long as there is no “funny stuff”. These characters have had to grow up fast and have little hope of making anything for themselves but still, find the courage to move on. 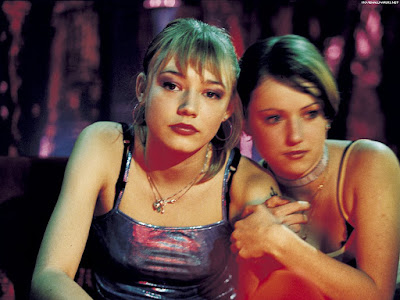 With no money to buy food and her Aunt refusing and unable to help; Lilya is forced to sell herself at a disco to pay the bills. On her way home one night she meets Andrei, a good looking, well to do man, who is quite out of place in this environment. He tells her that he doesn’t want sex but to be her friend. After a few dates, he talks her into to moving to Sweden where he could get her a good paying job. This is all too good to be true and everyone but Lilja can see it. She is so blinded by her hopes and dreams that she is willing to do anything. Deep down does she really believe him? What will happen to Volodya? This is what makes the last part of the film that much more heartbreaking. Lilja arrives in Sweden without Andrei, who says “he’ll be there in a few days”. She is picked up at the airport by another man who takes her passport and brings her to a decent looking apartment, but the door locks from the outside. Just as we suspected Lilja has been sold into prostitution, and let’s just say Volodya doesn’t fair to well by himself. The film does end on a peaceful note, but at what cost?