"Spanking the Monkey" with this Disturbing Comedy! 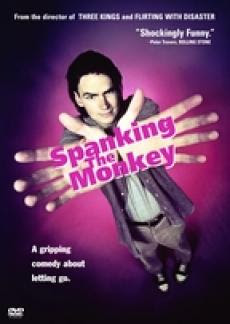 
With a title like “Spanking the Monkey,” it’s bound to induce some odd looks. What lies within is a brilliantly twisted film that is made to make you squirm and feel uneasy. This film deals with the incestuous relationship between a dude and his mother. When you think of other famous mother and son combos, Hitchcock’s Psycho and the original Friday the 13th come to mind, but they were horror films. “Monkey” is quite funny at times but also bizarre at others. This was the first film by Director David O. Russell, who is most known for the Persian Gulf movie “Three Kings.”

Med student Ray Aibelli (played by Jeremy Davies, the island physicist from “Lost”) arrives home for summer vacation set on taking a prestigious internship only to have to take care of his injured mother instead. She has a broken leg and would rate pretty high on the MILF scale if you ask me. Ray’s father is an uptight traveling salesman who is always on the road, and screwing other women. If you have ever been in a situation when a parent is completely dependant on you, you will get an even more bizarre joy out of this movie. We watch as Ray carries his mom back and forth to the bathroom, then has to hold her hand as she showers. Davies plays these scenes perfectly with equal parts awkwardness and a sort of voyeurism. 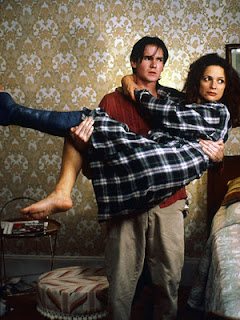 Ray’s mother keeps a tight leash on Ray weather she needs him or not. If she has to suffer, Ray should too. As the saying goes misery loves company. He is kept as a virtual prisoner in the same house he grew up in. The urge to free yourself from your parents starts at an early age for many and when freedom is finally achieved, returning for an extended period of time can be a huge psychological blow. Ray is even pestered on numerous occasions by the dog when trying to get some bathroom privacy (think of the title.)

When Ray is able to go out he starts up a relationship with a neighborhood high school girl named Toni. Just what he needs more awkward relationships and complications. He also hangs around a bunch of guys who aren’t really friends, but its the only other option. When you have a few months to kill, and limited options how do you pass the time? Ray is a regular, nice guy and director Russell make you feel every cringe-worthy moment.

Although funny at times, this really is a dark and disturbing movie and is not for everyone. Made on a budget of about $200,000 in the summer of 1993, it was also shown at the 1994 Sundance Film Festival where it won the Audience Award. If you like your movies on the edge give this one a look. 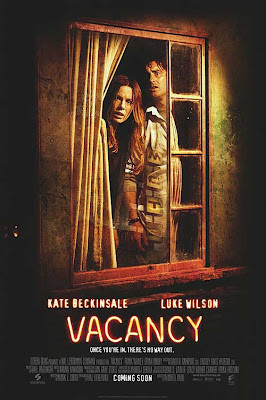 This 2007 thriller is sort of like a modern-day remake of “Psycho”. But comparing it to the Hitchcock classic would be way overselling it. Starring Luke Wilson and Kate Beckinsale as a feuding married couple headed for divorce. They have recently lost their son in some kind of accident and are still dealing with a fair amount of guilt and grief. Upon returning from a relative’s house they get lost on a back road shortcut and end up at the Pinewood Motel with car trouble. Yeah, not the most creative or original opening but this flick has its moments.

Anytime a movie has a creepy, rundown motel with an eccentric owner, obvious comparisons to “Psycho” will ensue, and nothing can top “Psycho”, nothing! When our hero couple gets to their room, which is pretty nasty when it comes to cleanliness, things start to happen. Someone keeps knocking on the door and leaving before they can answer. Those bastards! The movie does build a decent amount of tension, especially when Luke’s character puts in a VHS tape and it looks to be a homemade snuff film. And get this, it was filmed in their very room! The embattled couple must work together to get through this ordeal alive. Screw marriage counseling, people just need to be hunted by homicidal maniacs to sort things out. 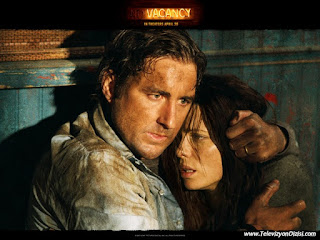 Seeing that they don’t want to be the stars of motels new film, they try several times to escape but with no success. As the standard in movies like these, a local cop comes to investigate things only to be killed. The couple does find something in the bathroom, which could be called a twist in the story, but is pretty weak if you ask me. The filmmakers tease you with the possibility of a dark tragic ending but eventually chicken out and go for the completely illogical “happy” ending. This movie is not great, but it’s not total crap. Like a lot of things, it lingers in the realm of mediocrity. 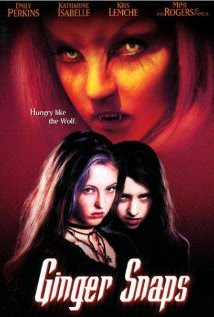 This independent cult horror hit from Canada was released in 2000 and is one of those movies that comes along that has no big stars, no budget and yet is a completely satisfying experience. To date, it has also spawned two sequels that were filmed back to back in 2004. “Ginger Snaps: Unleashed” and “Ginger Snaps Back: The Beginning.”

This is the story of two teenage sisters named Ginger and Brigitte Fitzgerald, played by Katherine Isabelle and Emily Perkins. They are your average rebellious suburban teens. They are obsessed with death and stage phony crime scene photos for a class project. They are counter-culture outsiders that have made a suicide pact with one another, Out by 16 or death by then (or something like that). Screen veteran Mimi Rogers nails the part of Pamela, the girls’ neurotic and clueless mother. There is a father somewhere in the mix but is really a non-factor.

This movie is many things, its a suspenseful horror movie, a strong metaphor for female puberty and a sort of character study of the relationship of the two sisters. While out for a walk in the park one night Ginger is attacked and dragged away by a werewolf on the very day of her first period. Brigitte eventually finds her and they return home. Ginger starts to heal from her wounds almost immediately, and the transformation has begun. She becomes “sexified” and trolls the halls of her high school looking for her next victim. This movie also warns about the dangers of unprotected sex, when one of the high school guys does the deed with the “new” Ginger and starts to change himself. Ginger starts to grow hair in strange places (childish giggle) and also begins to sprout a tail. 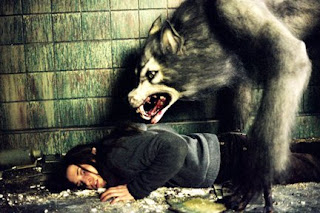 Brigitte searches for a cure and becomes friends with the local high school drug dealer. They find that a certain plant called “Monk’s Hood” could possibly cure what plagues Ginger and the others. Because the filmmakers were working on such a small budget, they did not use any CG effects when Ginger finally transforms into a werewolf and it totally works. Just like in “An American Werewolf in London” all of the werewolf effects were created through practical effects and sheer inventiveness. I was truly surprised at how good this movie was, the two main characters were dead on perfect, there was a lot or real suspense and it was just a fun time watching it. I thought the first sequel was pretty decent with the latest one being pretty unwatchable. Ginger Snaps has a special place in my vast DVD collection. 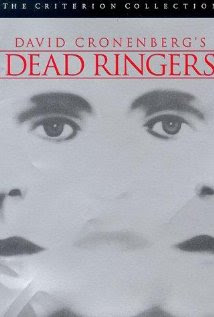 When it comes to the bizarre and creepy nobody does it quite like David Cronenberg. As I have mentioned before this Canadian director is one of my favorites. I have previously reviewed his other films “Rabid”, “The Fly”, and “Scanners.” This latest entry is for his 1988 drama “Dead Ringers.” This is the examination of the lives of identical twin gynecologists with a practice in Toronto, Canada.

Elliot and Beverly Mantle (both male) operate a very successful practice and are models of professionalism. Jeremy Irons gives an absolutely incredible performance in playing both brothers. A new computerized technique allowed the filmmakers to seamlessly show both bothers in the same shot. Hooray for late 80’s computer technology! Elliot is the more confident and aggressive of the two. He is the public face of the twins and does all of their speeches and presentations. While Beverly is shyer and withdrawn, always busy with the research. 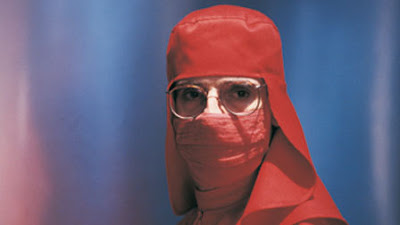 The Mantle brothers, especially Elliot, are quite cold and clinical. They seem to operate as one person, with two distinct personalities. Can they ever establish their own identities even though they are identical? I’m sure this is a real-world problem that twins deal with every day. The brothers share an apartment, patients, and occasionally girlfriends. When Claire Niveau, an actress, visits their practice the brothers’ psychological time bomb ignites. They fool Claire into thinking there is only one of them, but she can sense the difference in their personalities. Without knowing it she prefers Beverly over Elliot and this starts a sort of bizarre love triangle. Claire is addicted to prescription drugs and Beverly soon follows close behind. When she finally finds out that she has been duped she is obviously angered and upset, but eventually keeps seeing Beverly. After this, the Mantle brother’s relationship begins to spiral out of control and descends into a drug-addled madness.

Most all of Cronenberg’s films involve some sort of medical abnormality or anomaly. Like “Shivers”, “Rabid”, “The Fly”, and others, his earlier films were classified as horror and science fiction. Dead Ringers, on the other hand, is pure drama, but still keeps his trademark eerie creepiness.