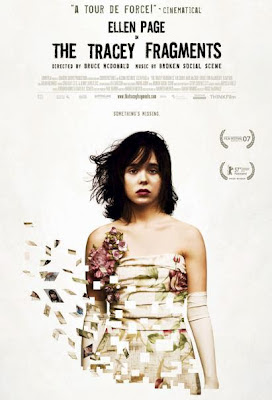 
The way this film is presented is like nothing you’ve seen before! Canadian director Bruce McDonald’s experiment in filmmaking is a pretty wild ride to watch. The film is played out in several different fragmented scenes that are all playing at once. It really puts you into the mind of the main character Tracey Berkowitz, played perfectly by a yet undiscovered Ellen Page.

Tracey Berkowitz is as she states “just a normal girl that hates herself”. She is a rebellious outsider who gets mercilessly picked on at school (mainly by the girls). They refer to her as “it” because of her androgynous look. The story revolves around her search for her odd little brother Sonny. We first see Tracey in the back of a city bus wrapped in a shower curtain, talking about her life. It is the middle of the night in winter. Just how did she get to this point?

Her parents are always at odds with her. When she gets in trouble at school for mouthing off to a teacher she is grounded and forced to watch Sonny. The scenes with her psychologist are quite strange in the fact that even though Dr. Hecker is supposed to be a woman it is obviously played by man. This further reinforces the idea that the movie is based on Tracey’s thoughts, feeling and point of view. She has also somehow convinced Sonny to act like a dog the whole time. They go outside and run around in woods and snow when Tracey sees her new crush Billy Zero drive up to her. This scene is shown towards the end of the movie but is the event that puts the whole story in motion. 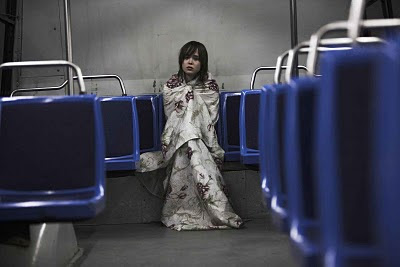 While searching for Sonny she runs into numerous low life characters, most notably Lance from Toronto, who says he has seen Sonny. They go back to his apartment and he seems to be a nice guy, but what’s his angle? Tracey starts to get in over her head when a tough guy comes looking for Lance and Tracey is caught in the middle. She barely escapes with his life and we find out why she is riding the bus wrapped in a shower curtain. Tracey’s world is cold, brutal, and unforgiving. All the people seem out to get her, while the only person that really accepts her for who she is, is her brother. The end result of the story is very heartbreaking and disturbing, but the way we get there is very interesting and entertaining. Tracey’s character follows a long line of people who live in the margins of life and are happy to be by themselves and live life on her own terms. Ellen page totally owns this role, and is kind of similar to her break out role in “Juno”. This is definitely a movie that has to be experienced.