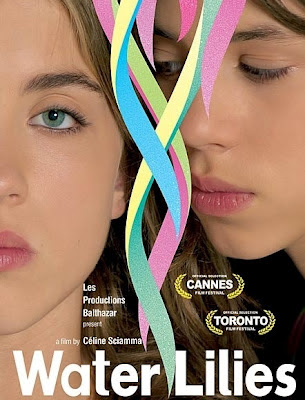 This is an amazingly fearless movie that tackles issues no Hollywood studio would touch. “Water Lilies” is a French film that deals with the lives of three distinct teen female characters and their very real struggles. Set in the world of synchronized swimming, director Celine Sciamma takes you on a disturbingly honest depiction of the lives of modern teenage girls.

The sport of synchronized swimming is very similar to the internal struggles of each of the girls, with all of the furious action and kicking occurring just under the surface. Marie is a fifteen-year-old tomboyish girl that tends to keep to herself. She is short and is envious of the older more developed girls. She is best friends with the second main girl Anna. She is overweight and often resorts to childish behavior. She fears growing up and being alone. Then there is Floriane the hottest girl in school and captain of the swim team. All of these characters share many of the same problems and deal with them in very different ways. When Marie sees Floriane perform at a school swim meet she quickly becomes enamored with her. Her grace, beauty, and popularity make most all the girls in school envious. Marie makes a deal with her so she can watch the team practice. In return, Marie has to be the reason for Floriane to leave the house at night to hook up with random boys. Floriane seems to have everything under control and lives a perfect life, but we find out that can’t be further from the truth. Her beauty makes her feel like an outsider, as she sticks out in a crowded. Other girls are jealous and mean to her, as she is looked upon as the school slut. 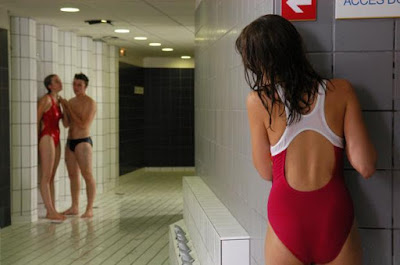 No matter who we are or how we look, everybody, has body image issues and this is further compounded by the popular media. Television, movies, and magazine mold young minds into thinking what is normal and what is acceptable. Anna and Floriane like the same guy, François. There a few scenes between Marie and Floriane that will make certain audiences extremely uncomfortable. That has developed a sort of controversy between groups of people. Some think that the film is nothing but cheap exploitation of teen sex. Maybe there would be more of a basis for an argument if the film was made by a man, but it wasn’t. Director Celine Sciamma looks to takes great care and sensitivity to the actors and the story. This film is not for everyone but you will get hooked by the likable true to life characters.